Who In Tune is for

Who In Tune is

The following values are guiding the work and have been reflected back in customers' feedback: 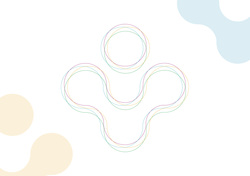 I love our logo because the symbolism in it is endless - thank you Steve & Marjatta from Steve's Studio!

Before people can come together as one, they have their individual, separate experiences that create value when they are shared with others, and when a person is willing to see the opportunities in the challenges. At best, the individual flourishes in the support of caring honesty and trust in others.

Before choosing entrepreneurship and starting co-creating InTune in 2008, we, the founding members had a strong sense of a values conflict between who we really were and what we were doing. For Katja Vilponiemi it expressed itself in the form of growing anxiety that needed to be addressed before turning more severe, and for Harriet it came out in the form of a physical wake-up call that could not be ignored. Life had to be lived in a different way and we were both aware that another route had to be found in order to heal what had started to go wrong. What we needed to heal had nothing to do with formal knowledge and beliefs provided through the "system" but facing the totally un-known and searching for what strengthens the life force and what helps to liberate from the conditioned thinking set by the cultural norms. Along the way we both noticed that culture - whether at home, work or at societal scale - is mostly based on unconscious beliefs and behaviour.

Organizations' values processes often remain on a superficial level, which only causes cynicism among the staff. Emotional connection to the values and actually changing behaviours is elementary to renewal, as well as inviting everyone to be part of creating the desired culture. Being aware of what the current culture actually consists of and what is "wishful thinking", is crucial for success - glued-on, illusionary values statements don't get anybody anywhere. How an individual connects to the workplace values on an emotional level defines how well a person can bring their authentic, creative potential to the service of the common good. Both of us resigned from our safe work positions because of this conflict.

The route to growth, liberation and conscious entrepreneurship has not been short or easy but rather a humbling experience, with which we got ahead faster by working together as equals, aiming for honesty and learning to celebrate the shitty shadow (for example jealousy, suppressing and abusing others, greed, constant competition and drama's...) in the human reality. Katja´s purpose took a new path in 2014 in the form of studies and being a single-mom for little Onni. Because of this profound work in the beginning, Harriet is now able to provide much faster development for others seeking for a new conscious way of living.
​
I celebrate the essence of each and every customer, honoring who and where they are at that moment. It has been a true joy to be part of real success stories of my clients. Welcome to the InTune world!